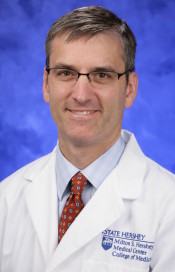 Atlantic Derm’s history as an organization defines who we are today.  Founded in 1923 as a case-based clinical conference by three dermatologists from New York, Philadelphia, and Boston, Atlantic Derm has grown into a dedicated group of thousands of dermatologists from 14 member societies along the eastern seaboard of the United States and Canada.

Each year Atlantic Derm members gather for a unique mission of serving patients.  Our patients are the reason we exist and the reason why this conference remains true to its history – a case-based clinical conference.

As I reflect on our history, where we are today, and where we will be in the future, there is one constant – that is, the patients who attend the conference every year.

Atlantic Derm Through the Years:

The Atlantic Dermatological Conference was codified in 1923 by Drs. Howard Fox from New York University, Harvey Towle from Massachusetts General Hospital, and Jay Schamberg from Philadelphia. The conference would be an annual, case-based clinical conference meeting that would rotate among member societies.

Attended by 59 physicians, the first meeting was held on February 27, 1923, by the New York Academy of Medicine with a social event at the Army Navy Club on 59th Street.  The conference would also serve as a social event.

At the first meeting, Drs. Fred Wise and Howard Fox presented 29 and 13 cases, respectively, including urticaria pigmentosa, dermatitis herpetiformis, and the coexistence of leprosy and syphilis. Treatments discussed included Coley’s fluid, a mixture of killed bacteria species initially developed as a treatment for cancer, and arsphenamine, the first modern chemotherapeutic agent used to treat syphilis and parasitic diseases.

The tradition began as it continues today, with the second conference in Boston (November 5, 1923) followed by Philadelphia on October 14, 1924.

The Atlantic Dermatology Conference would be governed by an Executive Committee, comprised of Presidents and Secretaries of member societies.